Trip to Freo and other Adventures!

Ben and I have been so busy with work that the weekends have mostly been catching up on cleaning and laying out on the beach. This weekend was a long weekend for us though, because today (Monday) we had a public holiday--the Queen's Birthday. So we both had it off from work! It's so nice to look forward to a shorter week now.

Here are a few pictures from our latest adventures in the Bunbury area: 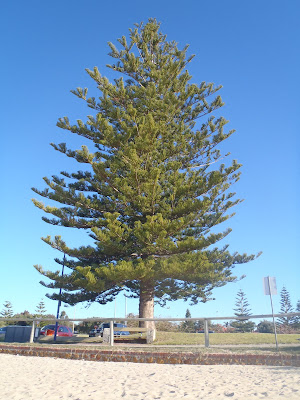 Evergreen tree on the other side of the beach :) 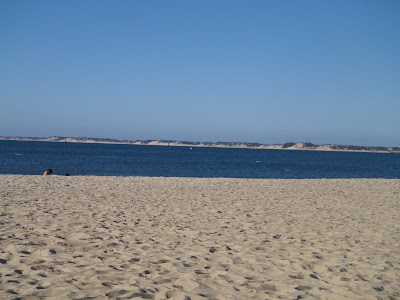 Our favorite place to go--Koombana Bay Beach. Sand for miles (or should I say kilometers?) public restrooms, gas grills, perfection! 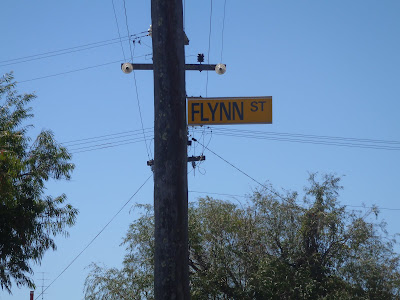 For Mom and Dad Toothaker :) 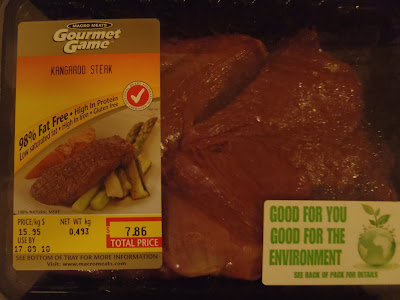 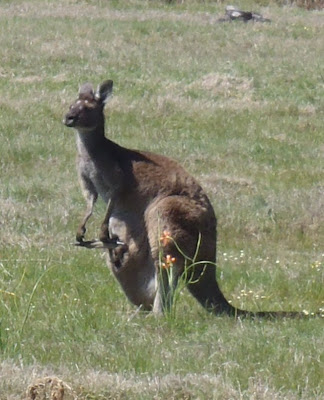 'Tis the season-- Mama 'roo with her joey! Sometimes they sleep head first with their hind feet sticking out like this little guy

Friday and Saturday we bummed around the apartment and the beach, and ran some errands. It's been really gorgeous weather here lately, about 28 degrees Celsius (which is right around 82 degrees Farenheit, we are trying to get used to the different units here!) No one felt like hanging out Saturday night so we spent the night with all the windows open in the apartment and had our music blasting. It was fun to just relax and hang out with each other with not much to do.

But...you know me. I can't do that two days in a row. I get too antsy. I like to have something to do! I've been wanting to check out the Fremantle markets (Fremantle is a well-known area on the Southwestern coast of Australia--most travel books mention Fremantle). It's just a few minutes south of Perth, about an hour and a half north of us in Bunbury. It's a very bohemian city with tons of cool shops and cafes. The architecture reminded Ben and me of Quebec city, just a bit more modern. So we looked online to see if we could find a fairly cheap hotel, but were having trouble because everywhere was booked! I'm sure everyone was there for the long weekend. We found a room above an Irish pub called Rosie O'Grady's right in downtown. We decided to go for it. It was cheap, and we thought if anything it would make a good story. We knew it would only be for one night so we booked it and headed up to Fremantle. 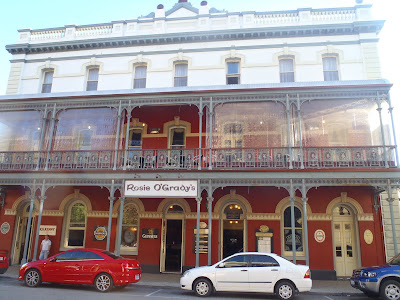 The outside of Rosie O'Grady's. Our room was a couple flights up 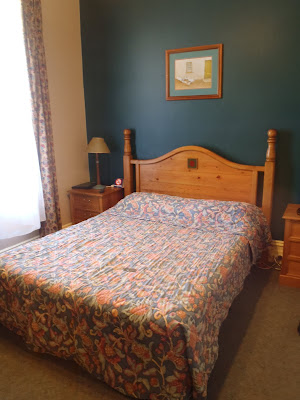 Our room at Rosie O'Grady's. Pretty standard. We had a shared bathroom, but it wasn't a big deal because there were two bathrooms and only two rooms--so it was like having our own bathroom. 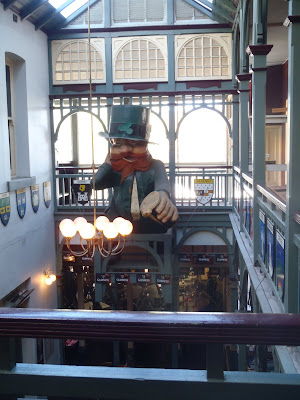 This is the balcony outside of our room at Rosie's. Sweet leprechaun! If you look closely, downstairs is the bar/pub/restaurant/stage area. It was a big downstairs though. 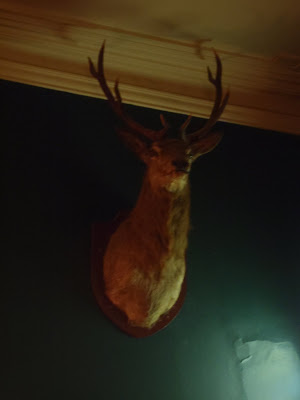 It's impossible to feel so far from home when the decor at the local pub is the same. Why not a 'roo head?
We had a BLAST! I would LOVE to live in a place like Fremantle. There are lots of people around, everything has a very relaxed vibe. Our room was tiny, but clean and cute! It was just above the pub and there was live music from an Irish band who were surprisingly entertaining. We went down and had a drink and watched the band. They even had some Irish stepdancers come out a few times! And they were way more fun to watch than I was expecting. Definitely not my kind of dance, but different and cool anyway. We ate dinner at the pub, too. It was realllllllly good. We had lamb shank with mashed potatoes in a red wine sauce. Mmmmm.

The next morning we threw our stuff in the car and walked around the Fremantle Markets. They were great! Lots of really cool vendors with interesting stuff to sell. Boomerangs, didgeridoos (an aboriginal instrument, here's a link to someone playing one: http://www.youtube.com/watch?v=DC9w4KWEgJE ), candy, coffee beans, food, carved wooden games...they just had everything. We didn't buy anything, but I know we'll go back to Fremantle fairly frequently (alliteration much?) I really loved it and Ben liked it too. I think it will be one of those places that if we have a weekend with nothing planned, we'll just head up for a night. There's so much to see and do, it's definitely one of my favorite places that we've seen so far. 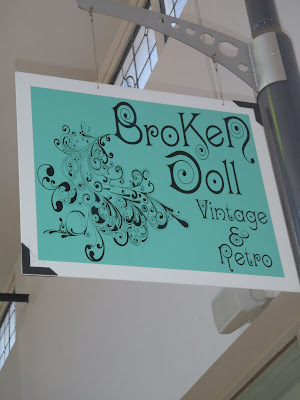 This looked like an AWESOME store, but it was closed for the holiday :( Something I want to check out next time! 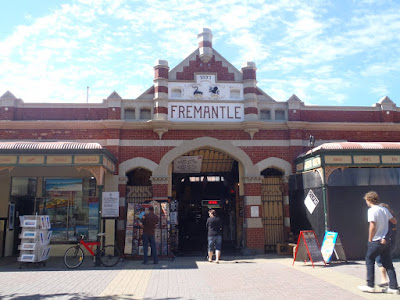 Fremantle Markets! The vendors were set up inside.

So there are some of our recent adventures. Our anniversary is coming up and then we'll have lots of pictures. Margaret River, here we come!
Posted by Unknown at 4:34 AM